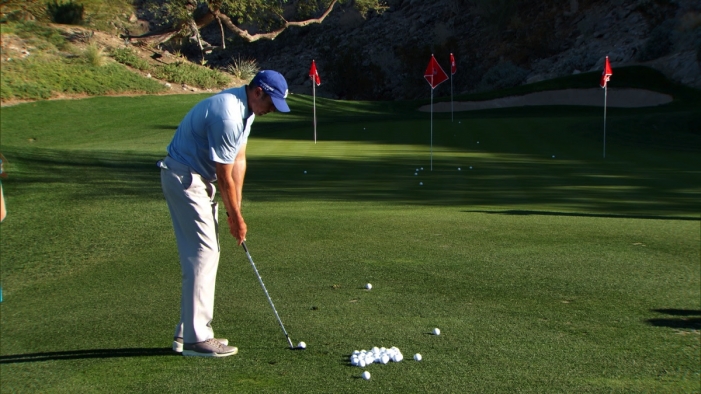 Short Game – refers to all the shots that are near the green. The short game includes pitch shots, chip shots, bunker shots and everything under 50 yards

Pitch shot – this is a higher lofted short shot. You will use a more lofted wedge (lob wedge, sand wedge, etc). Most club companies put the degree of loft on the wedge now so the most lofted wedge I have seen is 64 degrees, although the most loft I would recommend a beginner use is 58 degrees. This shot is used when you have to carry the ball over longer grass or a bunker before you get on the green.

Chip shot – this is similar to a putt. The only difference is you use an iron from off the green. This allows the ball to fly in the air on a low flight and land on the green and begin rolling like a putt.

Key Terms
Fairway/ Fringe – the short grass that is just barely longer than the green surface. The fairway is where you want to hit it off the tee box and leads up to the putting green. The fringe can sometimes be shorter height than fairway cut grass, but the term “fringe” is used when referring to the fairway length grass just off the putting surface
Bunker – the “sand pits”
Rough – this is the longer grass outside of the fairway or fringe of the green.

There are many different ways to go about the short game. Legendary, hall of fame player Seve Ballesteros was famous for his short game, legend has it that he could get up and down out of trash can.  It is up to the player on how they want to play each shot from short distances, but the fundamental rule is:
1. Chip it when you are close to the green (within 10 feet or so of the putting surface, ball lying on the fringe)
2. Pitch it when you have to carry a lot of fringe or rough and have it land softly on the green

Up and Down – When a player takes only one shot to hit it on the green and 1 putt to get it in the hole.

Set Up for Chip Shots

Your stance should be narrower than a normal shot. You want your feet together pointing slightly towards the hole with the ball back in your stance. To execute the shot, you want to make small swings just as if you were hitting a putt or rocking the shoulders.

Set Up for Pitch Shots

Pitch shots are similar to chipping. You want a narrow stance but will be making bigger swings. Instead of hitting it like a chip with small swings, you want to feel that the club is going halfway hip high then the same length back and through.

1. Set up square to slightly open stance with your feet

2. Get the ball position center of your stance

3. Limit the amount of movement in your lower body – a steady foundation (lower body) improves your consistency of contacting the ball solid.

4. Turn properly without swaying your legs or any up and down movement with your upper body

5. Relax and swing your arms as your body turns

6. Be confident and accelerate through the shot

Drill 1 – Pitch Shots before going to the driving range

Every golfer should warm up with at least 25 shots with pitch shots from 20-30 yards. You can start at the short game area at your course and improve your feel around the greens while improving your impact position.

Chip & Pitch Weight at Set Up 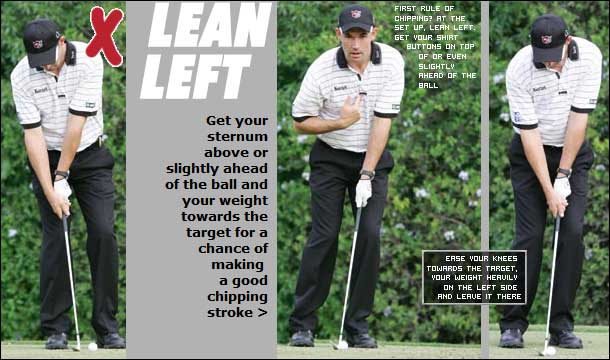 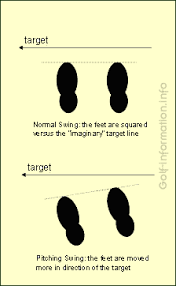 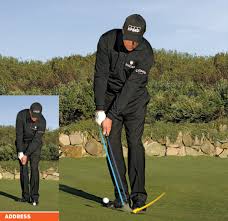 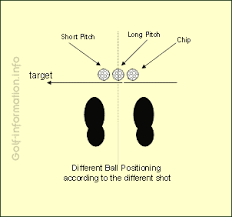 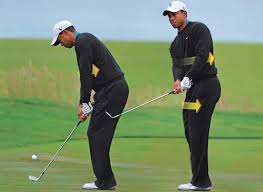 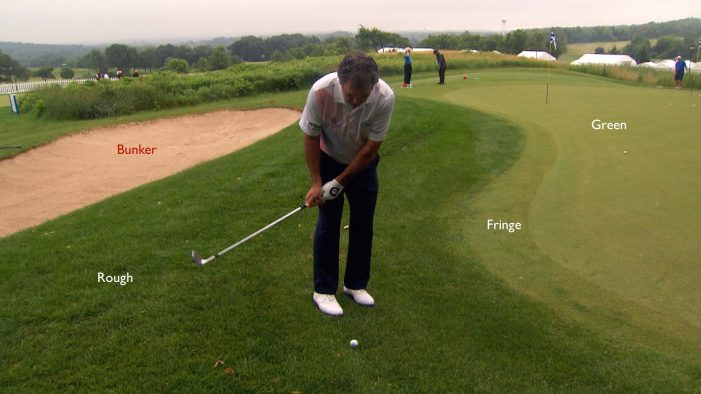 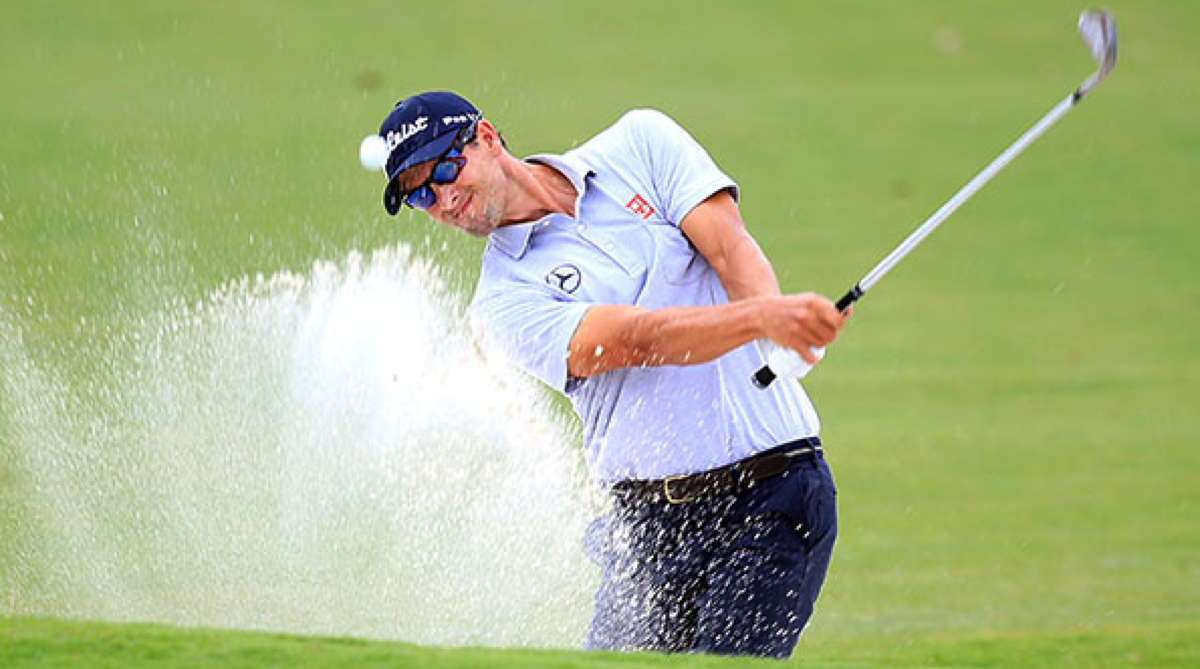 Bunker Shots – for beginners this is a scary part of the game. Once we teach you the basics of the bunker shot, you will never fear bunkers (we still recommend you hit it on the green instead of the bunkers!)

The most important aspect for getting your ball out of the bunker successfully is to swing hard, hit the sand roughly 2 inches behind the ball. If you can trust it and not slow down your swing as you hit the sand, you will get it out every time!

Basic fundamentals for bunker shots around the green.

1. Open the club face
2. Dig your feet in
3. Ball in the middle to slightly forward in your stance
4. Keep your lower body stable
5. Swing hard and pound the sand

Bunkers are the only shots where you don’t have to hit the golf ball! You want to “chunk” it out, meaning hit the sand first. If you do that aggressively, you will be successful!

Drill for bunkers
1.Draw a line in the sand
2. Set up with the line in the middle of your stance (simulating the where the ball will be)
3. Swing and hit the sand
4. See where you entered the sand with the club. Remember, you want to hit the sand 1-2 inches behind the line. Too close to the ball/line, you will hit it too far, catch too much sand and you will hit it too short
5. Do this for 10 swings or until you can get the feeling of hitting the sand in the right spot
6. Place a ball on the line and do this again. After each shot, look at where your club entered the sand and get feedback

1.Bring the rake into the bunker with you

2. Once you set up to the ball, you cannot touch the sand with your club when setting up

3. Once you have hit your shot, rake the bunker and place the rake on the outside of the bunker 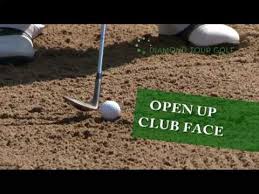 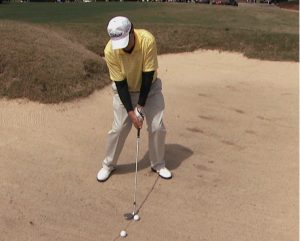 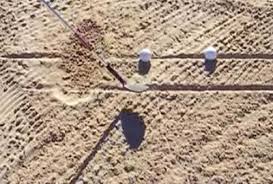 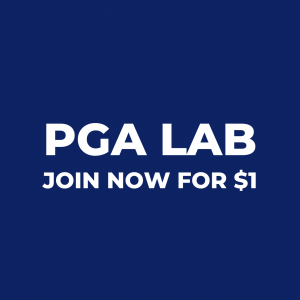