For further information on the NCAA and NAIA, you may reference the following websites:

Because on the men’s side, football receives 85 full scholarships and there are no women’s football teams, other women’s sports need to be credited with 85 scholarships to be fair. This has the effect of reducing scholarships available or other men’s sports, with the exception of men’s basketball. For example, a men’s baseball team is able to only give 11.7 scholarships per year, while they have a roster of 35 players on average, compared to a women’s softball team that is able to offer 12 scholarships for typically 17 players.

However, it is interesting to note that after passage of Title IX, graduation rates for women increased with more receiving bachelor’s, master’s, and doctoral degrees in 2008 than any previous year.

Information for Junior College transfers is contained in Appendix 3, as well as the following website: (http://www.ncsasports.org/blog/2009/07/28/junior-college-transfer-rules/)

The main thing that you have to be weary of as a home scholar is the accreditation of your home school courses. Please refer to the following website to make sure you are on the right academic course in your home-school practices:

However, as noted above, since the NAIA is more lenient on amateurism rules than the NCAA, many talented foreign athletes have the potential to continue on their athletic careers at an NAIA school. Please refer to the following website for more information: http://www.ncaa.org/wps/wcm/connect/02e806804e0b8acd9d08fd1ad6fc8b25/International_Student_FAQ.pdf?MOD=AJPERES&WO GOLFHEID=02e806804e0b8acd9d08fd1ad6fc8b25

Step 10 to a College Golf Scholarship

Step 10 to a College Golf Scholarship 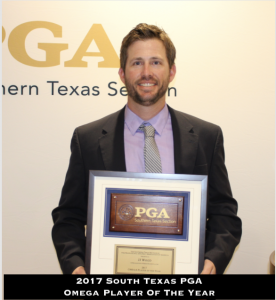